Future Dates  08/15 Gary Gerard – Times Union 08/22 Linda Cochran – Bell Aircraft Museum 08/25 Cruisin Hoosiers Car Show for Baker Youth Club 08/29 Jim Pinkerton – INDOT US 31 Projects 09/05 David Best – Thomas Jefferson 09/07 Big Wheel Race at Warsaw Downtown Days 09/08 To Bourbon and Back bicycle race 09/12 Tom Kline – WCS Student Test Scores   Wednesday, August 8, 2012 >>>>OPENING 90 Optimists & 11 guests attended our meeting.  Mark Zimmerman, Don Peterson, & Allan Kember were the guests of Trina Hoy; Carson Kerlin, Dick Rooker, Mayra Malagon, Vanessa Malagon, & Moses Marandet were the guests of Rick Kerlin; Robert Sullivan was the guest of John Sullivan; Richard Petre was the guest of Jim Reeve; and Kamden Tom was the guest of Angie Tom.    Door Greeters: Rick & Carson Kerlin and Trace Hansen.    Prayer was offered by Coach Jim Kessler.  Pledge was given to the American flag.  Promise yourself was said in unison. Martin Becker led us as we sang “Hail to Optimism.”  Birthday Honorees:  Steve Hollar, Jim Reeve, & Joe Thallemer..  Martin Becker led us in the birthday song with varied results.               >>>> INFORMATION Prayer Requests:  Dave Turner’s family at the passing of his father. Jim Nesbitt’s recovery from heart surgery.  He is back at Grace Village. Nancy Nesbitt as she is in assisted living at Grace.   Bonnie Bradley’s recovery from brain cancer.  She is having radiation daily.   Membership:  Lt. Gov. Sam Whitaker read Tim Hori’s application.  He is being sponsored by Kellie Malcolm.   Sheriff of Attendance:  Bill Landrigan and Harry Gigous greeted Jim Walmer.      Jim Hayes reported he, Dr. Jason Rich, and Trina Hoy are working on the new Directory.  If you want a new photograph, please see Trina Hoy.  Jim sent out an e-mail to everyone to check their information; please respond.  See Dr. Jason Rich if you have changes or do not receive e-mail.  Thanks to our Directory team.  It is a difficult task.    Dave Meier reports the Big Wheel Race will be in conjunction with the First Friday in Downtown Warsaw, September 7.  Registration starts at 5:30 p.m. and the race begins at 6:30 p.m.  A sign up sheet for helpers is going around.  We provide the volunteers and Penguin Point provides the prizes.        Martin Becker announced the Optimist Singers will start practicing next week.  Last night they did a fine job at the Community Dodge Ball Challenge, singing that is.   District Meeting:  Past Gov. Ron Donkers reported our own John Sullivan will be our Lieutenant Governor in October.  In addition Jim Burk will be our Governor and Tom Stone our Lt. Governor.  There were 130 at the meeting.  Out of 2 closest to the pin and 2 longest drive holes, Ron won 3 out of 4!!!  There will be another District Training Meeting in Wabash the last weekend of October.    Luke Becknell invited cyclists to participate in the 2 Bourbon & Back for cystic fibrosis on September 8, 2012.  $15 entry fee ($18 after August 31st).  Family entry fee $40 ($45 after August 31st).  Luke2bb@comcast.net or www.becknell.org .    Video Editor Jim Hayes showed us a video of Bob Hope and Jimmy Cagney tap dancing.  He then showed us a video of Foster Brooks recalling that we all break some sort of commandment or other.   Please pray for our Troops and Families:   Brad Andrews – Border Patrol   Sergeants-at-Arms:  Luke Becknell and Bob Jackson entertained us. Ron Chambers was recognized by his lake association as the Volunteer of the Year.  He gave $250 of his award to the Lake Tippecanoe Watershed and $250 to us.  Thanks, Ron! Sheriff Bill Landrigan reported his granddaughter, Kristin Quick, is the Indiana State Fair Dairy Steer Queen and her steer is the Grand Champion Feeder Steer. Dr. Steven Hollar and his son, Jonny Hollar are back from playing golf in Scotland. Ann Sweet is glad for the positive influence Chris Wiggins’ family has had on her granddaughter. Merl Heckaman told of the fly in the bucket of milk.  When the farmer asked how he got in there, the fly said, “In the ear and out the utter.”  Merl’s granddaughter told Merl that was silly, flies do not talk. It was noted that Dave Turner wore shorts to sign last night. Dr. Jason Rich has invented a new home brew.  It is my favorite, Bacon Beer.   Program:  Dick Rooker introduced us to our award winning History Team from Warsaw Community High School.  Mayra Malagon, Vanessa Malagon, and Moses Marandet won 2nd place at the National History Day Competition!  They did a skit for us that was part of their award winning presentation.  Their skit was about the Montgomery Bus Boycott in 1955 and 1956.  They studied every day’s newspaper stories to get an amazing amount of detail.  In their skit called, Reaction leads to Reform for Revolution, they intertwined many of these background details.  It is amazing that the people back then were so successful in meeting hate with love to change an injustice.  Myra plans to go into nursing.  Vanessa plans to go into physical therapy.  Moses plans to go into diplomatic service. 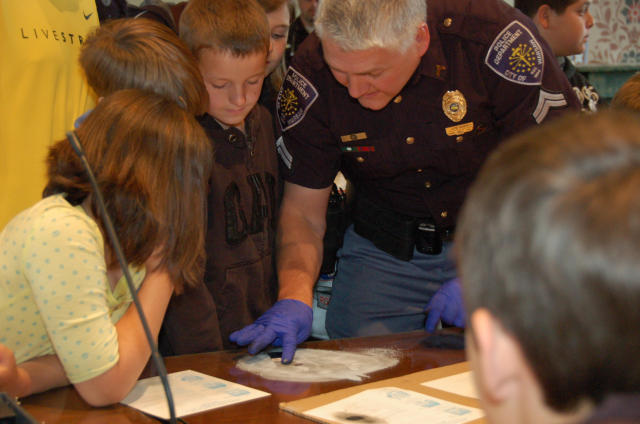 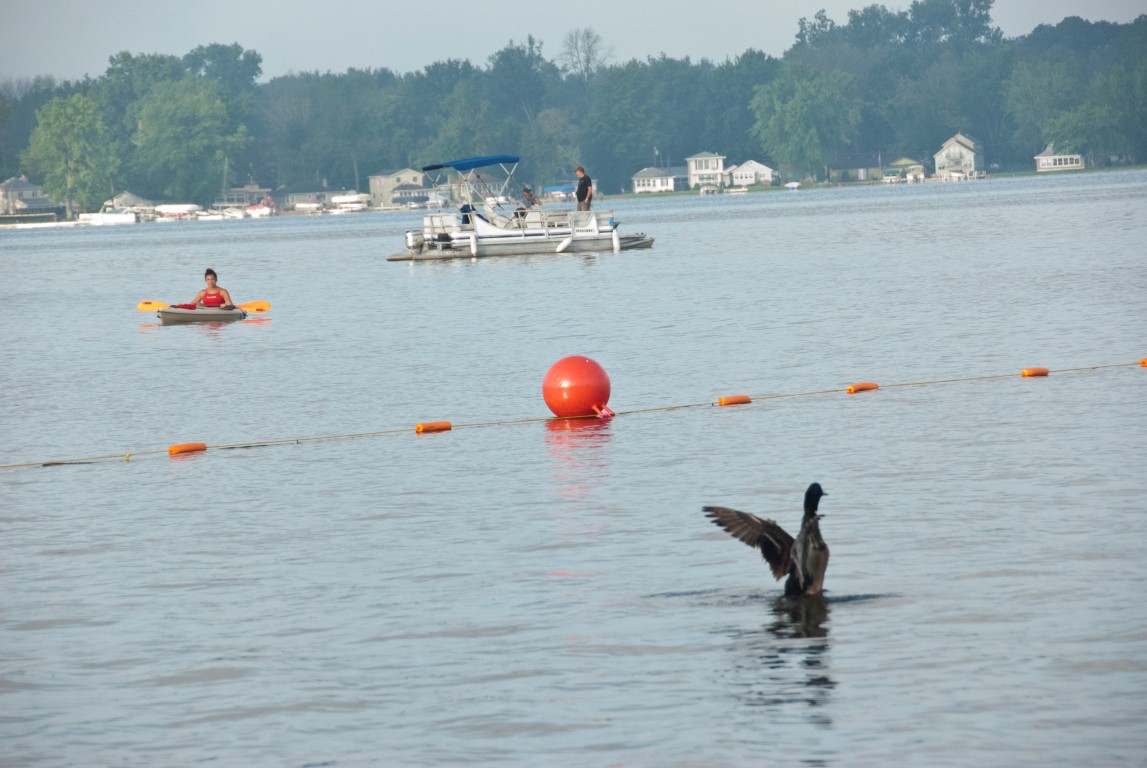 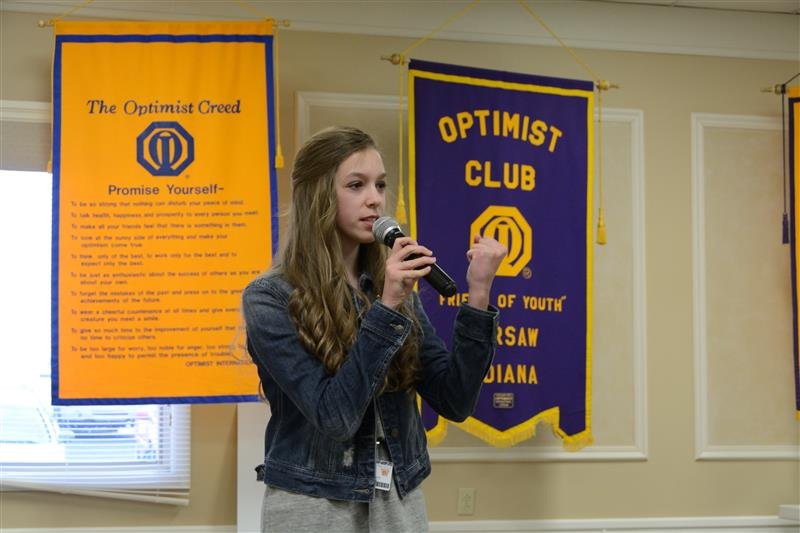