Art In The Park
Three hundred kids, fifteen to twenty Optimist volunteers and art teachers from most of the schools in the area, mix together for an exciting adventure at Center Lake Park the first weekend in September.
The Floyd Holler Art In The Park event has been held every year for over thirty years. Face painting, rock painting and a variety of art projects let the children get hands on experience. Each child takes home some art form as well as a commemorative helium filled balloon provided by local business sponsors.

Big Wheel Race
What could be more fun than kids, kids, kids racing big wheels in 100 foot heats for prizes that include two new bicycles provided by co-sponsor, Penguin Point Restaurants.
Historically held in downtown Warsaw, the race has moved to Winona Lake and is held in conjunction with the July 4th celebration.

Boys and Girls Club Dinners
A very special meal for 50 to 60 hungry kids from low income homes. Andrew O’Connell, Bill Lawrence and four or five other volunteers provide this dinner the last Tuesday of every month at the Boys and Girls Club. The WBO club provides a budget of $100.00 per month and Andrew works with local restaurants and super markets to stretch the dollars to cover the needed food.

Canned Food Drive
Each year from the 1st of November to Thanksgiving, the club competes with Kiwanis and Rotary service clubs to collect cans of food for the Salvation Army Food Bank. Over the past five years the WBO club has provided hundreds of cans of food for the needy.

Crusin’ Hoosiers/Boys & Girls Club Car Show
Held at Petro Brother’s Auto dealership, this “big” car event attracts hundreds of people each year and provides $5,000 to $6,000 in income for the Boys and Girls Club. Art Gakstatter and a team of ten to twelve WBO club members staff the event.

Christmas Humanitarian
This event began as a “support one family” Christmas project and in 2005 was expanded to a “families in need “ Christmas project that impacts over 100 children each year.
The first of December, Angie Tom and Andrew O’Connell, in cooperation with the Boys and Girls Club, provide names and ages of needy children to the WBO club membership. Optimist club members pick names, purchase and wrap a suitable $10.00 gift for the child. The gifts are gathered and distributed to the parents of the children through the Boys and Girls Club the week of Christmas.

Great 4th of July Celebration at Winona
This day in the park for kids includes a parade, a King and Cutie contest, art, clowns, an obstacle course, a big wheel race and other fun activities. The club co-sponsors the event with local businesses and the Village of Winona Lake, and club members work to provide the man power to make it all happen.

Octagon Club
Thirty to forty high school kids learning how to serve their community through projects they seek out. Working with the Salvation Army, tutoring elementary children and assisting the WBO club in manning it’s many projects.
Founded by Jerry Clevenger in 1999 as an active part of the WBO club program to reach youth in our community.

Optimist Singers
Founded over thirty years ago by Phil Eherenman to “have some fun singing together.” Some of the original group included, Mike Hern, Bob Richman, Pinky Eherenman, Glen Moorhead, Jerry Chub, Dick Anderson, David Haines, Dave Turner and Bret Wolf.
Today the most active time of the year for the singers is the Christmas season with appearances at local retirement and nursing homes. Music selections typically include barber- shop and men’s choral pieces.

Respect For Law Day
Fifty to sixty kids spending a full day up close and personal with law enforcement officers; SWAT team members, K9 units, dive teams, shooting range demos and jail house tours including a jail house lunch. And, at the end of the day each child receives a special plaque commemorating this special day.
Sam Whitaker, club member and member of the sheriff’s department, chairs this annual event to give kids a positive experience with our law enforcement services.

Santa House
An annual event since the 1960’s the house was originally operated by the Exchange Club in a downtown Warsaw location. The WBO club refurbished the house and moved it to the Kmart parking lot where Santa appears each Christmas Season on Weekends through the month of December.
Optimist and Octagon club members staff the house with Santa and his elf’s . Each year nearly 500 children will sit on Santa’s lap for a free picture and a candy cane.

Safe Assured
Starting in 2006 the Safe Assured child identification program has been a priority of the WBO club.
Using state of the art computer equipment, Fred Nieter and volunteers from the club go to schools, clubs and community events to photograph, finger print and otherwise provide ID information free of charge for parents. The information is provided on a DVD that can easily be used by the police in case of a missing child.

Scholarship Fund
Income from the local Optimist Foundation funds this project. Typically 100 to 125 kids from Warsaw area high schools compete for 3 to 5 scholarships each year. Applications are provided to school administrators each spring.

Spring Break Skate
The brainstorm of Art Gakstatter some ten years ago, this week of fun during spring break is for kids who otherwise might be home alone. Co-sponsored by WBO club and East Lake Skating the event draws 300 to 500 kids from across the county. Tickets are distributed to all of the elementary schools in the county as well as to home schoolers.

Spooktacular
Over 20 years ago club member, David Lee, working with Miller’s Merry Manor and local business sponsors, created “Safe Halloween” for the kids of Warsaw. Candy was provided by local businesses, Miller’s Mary Manor provided the facility, residents handed out the candy and WBO club provided the staff.
Today the event is held downtown Warsaw. Streets are blocked off, local businesses provide trick or treat opportunities for over 1,000 kids, and a costume contest, judged by club members, with special prizes is a highlight of the evening.

Student of the week
The program is designed to identify and recognize non- academic and non-athletic leaders in the school class room. Students who contribute to the class room atmosphere and whom teachers recognize as leaders in some aspect that impacts the class in a positive way. Students that are chosen are recognized at a WBO club breakfast and receive a Certificate commemorating the honor.

Teacher of the Year
Each year at the end of the school year, the WBO club sponsors a dinner to honor the Teacher of the year in the Warsaw school system. Teachers are nominated from each school. The nominees are interviewed and judged by the Superintendents Office and a winner is selected.
The winner as well as the nominees are honored at the dinner and each receives a commemoration plaque.

Tri Star Sports
This is a nationally promoted program focusing on three skill competition in each of the following sports: basketball, baseball, soccer, football, and hockey. Traditionally the WBO club has primarily focused on Basketball headed up by club member Steve Hollar.
In January each year kids participate in free throw, pass and dribbling competition. The local event is hosted by Grace College and winners can move on to regional and state competition. 100 or more kids participate and winners are rewarded with trophies. 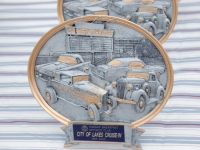 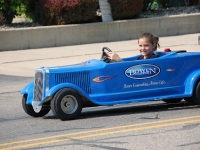 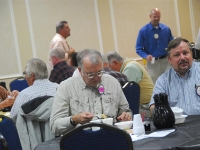 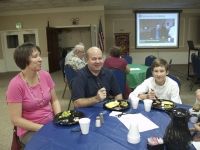 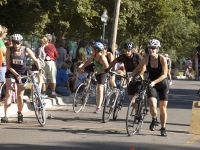